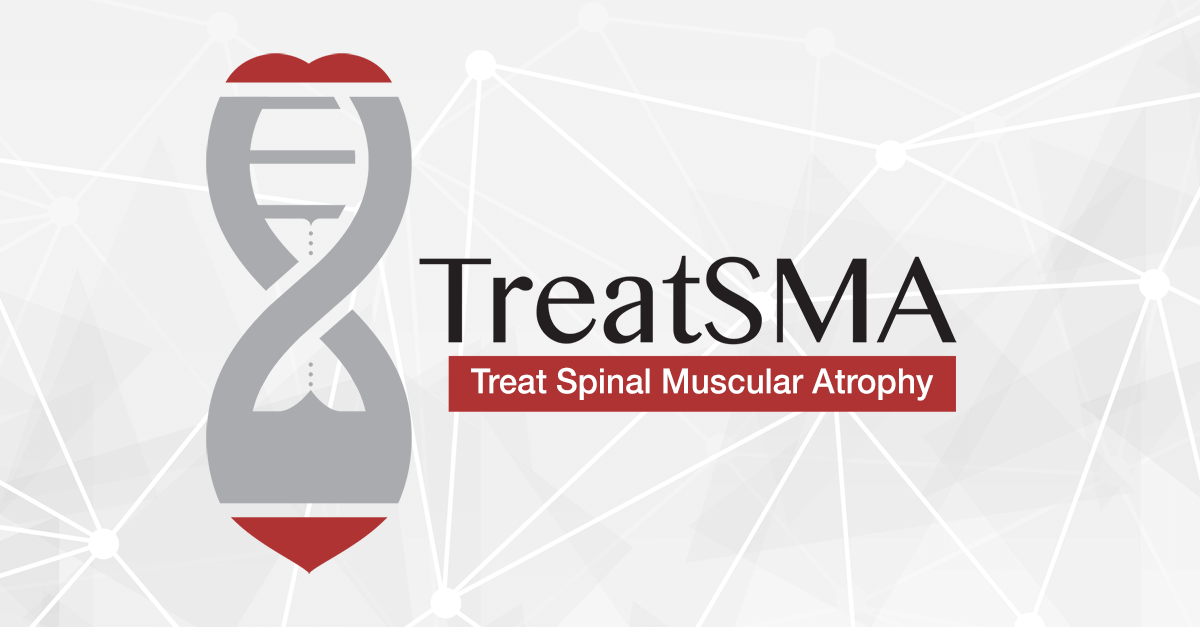 Spinraza, the only treatment for spinal muscular atrophy, has been recommended for use on the NHS

After over two years of campaigning and fighting, TreatSMA is overjoyed to be able to announce that the National Institute for Health and Care Excellence (NICE) has reached a conclusion to recommend the drug nusinersen (Spinraza®) for treating spinal muscular atrophy (SMA). The treatment is recommended to be offered to all people with SMA, including pre-symptomatic newborns, subject to a managed access agreement being agreed between NHS England, NICE and the manufacturer.

The details of the appraisal committee discussion and draft recommendation will be provided in a Final Appraisal Document which is expected to be published on the NICE website during the week commencing on 27 May 2019.

We cannot express to the public how happy we are with the result, but it has not just been us. The #WearYourHurt campaign during the final days of the appraisal made a huge difference to the outcome, so we thank all those who took part. We know for a fact that all of the emails, pictures, stories and press coverage had a crucial impact on the final decision. The whole of the SMA community should be extremely proud of this moment, along with their friends, family and own communities.

Spinal muscular atrophy (SMA) is a genetic disease that causes muscle weakness and a progressive loss of movement. It is caused by deterioration in the nerve cells (motor neurones) connecting the brain and spinal cord to the body’s muscles. As the link between the nerves and muscles breaks down, the muscles used for activities such as crawling, walking, sitting up, moving the head and even swallowing, become progressively weaker and shrink (atrophy). SMA is the largest genetic killer of infants, but there are also many adults with the condition diagnosed from birth, as well as people who suffer from a later onset of SMA. SMA is a progressive disorder and everyone affected by it deteriorates over time.

This has been a torturous, nerve-wracking and frustrating journey that began over two years ago when the US Food and Drug Administration (FDA) announced approval for Spinraza on 24th December 2016 in the United States. This was shortly followed by a broad approval by the European Medicines Agency (EMA) on 30 May 2017. After the announcement by the FDA and lack of progress in implementing an Expanded Access Programme (EAP) in the UK, a small group of individuals affected by SMA decided to advocate for treatment under their chosen name, TreatSMA, which has recently become a registered charity. This two-year journey has taken our community to the Parliament, NICE, NHSE and has also led to TreatSMA coordinating four protests in London and Manchester where hundreds of children and adults with SMA and their families attended to show how much gaining access to the only treatment for SMA meant to them. All of the actions by the SMA community had extensive media coverage and culminated in the massively successful #WearYourHurt Day on 7th May 2019.

After playing an important part in setting up the EAP, TreatSMA took the message of the whole SMA Community to NICE, asking them to evaluate Spinraza under the Single Technology Appraisal (STA) route, as only this pathway would allow the drug to be evaluated for use in all patients with SMA. We did not want Spinraza to be evaluated under NICE’s Highly Specialised Technologies evaluation route which would only offer it to a small number of individuals. Since then TreatSMA and other SMA organisations have worked hard to get the treatment available on the NHS in the UK. Whilst various parties contributed to the process, at the end of the day, the biggest credit goes to the SMA Community who relentlessly fought to access the treatment and made sure that the #WearYourHurt campaign was a massive success!

We would like to thank Muscular Dystrophy UK for their help during the process. We also would like to acknowledge the work done by Spinal Muscular Atrophy UK, especially their contribution to the latest appraisal model through the data collection about impact of SMA on family lives. The importance of this work cannot be stressed enough.

Special praise goes to the Annabelle Rose Foundation, who stood with us side by side throughout this journey and contributed to every single campaign action.

We also want to remember and acknowledge people like Anita Macaulay and all those who lost their lives before seeing results of their contribution. You will forever stay in our hearts and our lives. Gone, but never forgotten – we thank you.

Now, parents, children and adults with SMA can all celebrate together and look forward to a brighter future thanks to this amazing community.